Archangels are the special Angels of God. They are the highest ranking Angels and carry out special missions and tasks for God. They are powerful beings whose appearance usually marks an important occasion. There is much debate over the specific number of Archangels, especially because only two are directly named in the Bible, Michael (the only Angel actually called an Archangel in the Bible) and Gabriel (God’s special messenger). Despite the debate, the commonly held belief is that there are four important Archangels: Michael, Gabriel, Raphael, and Uriel.

Archangel Michael is God’s most important Angel. He is the leader of all Holy Angels. Michael is God’s strongest fighter and he leads Heaven’s charge against Satan and his demonic horde of Fallen Angels. He is the Angel people call upon when they need to find courage, strength, and the resolve to overcome their fears and temptations. Michael is also the defender and protector of those who show a strong faith in God.

Michael is the most notable of the Archangels as he is the only one who is called by this label in the Bible. Of all the named Angels in religious texts, Michael is mentioned most often.

Archangel Michael is one of the three Archangels who have been granted sainthood. As Saint Michael he is the patron saint of the sick and those who work in dangerous conditions such as the police, members of the military, and paramedics.

In addition to having specific duties, each of the four main Archangels is associated with a direction and one of the four natural elements of Earth.

Archangel Michael is associated with South and Fire. Just like fire, Michael sparks awakenings of spiritual truth. He provides people with clarity about God, themselves, and other people. Michael also helps people burn away their sins by urging them to turn away from temptation and purify their souls with holiness.

As God’s greatest warrior, Michael is often depicted with a sword, spear, armor, or banners.

Michael is associated with a blue light ray. This represents courage, strength, protection, and faith.

Archangel Gabriel is known as God’s messenger because He often chooses Gabriel to deliver important messages. In the Bible, Gabriel delivered the news of three important births: Jesus Christ, John the Baptist, and Isaac. People pray to Gabriel for help when they need to make decisions. When he answers their prayers, he provides them with the courage to act on those decisions. He also helps people raise their children well and to communicate effectively with others.

Archangel Gabriel is the second Archangel to be recognized as a saint. Saint Gabriel is the patron saint of communication. He helps people send and receive effective messages. He also watches over journalists, teachers, diplomats, and ambassadors.

Gabriel is associated with West and Water. Since he specializes in delivering God’s messages, Gabriel inspires people to be more receptive and open to God. As the Angel of revelation he helps people interpret messages from God and teaches them how to respond to those Divine messages. One of water’s characteristics is its reflective quality. As the Angel of water, Gabriel helps people to reflect on their thoughts and emotions.

Since he is God’s messenger, Gabriel is often depicted blowing into a trumpet. His other symbols include a lantern, a mirror, a scepter, and an olive branch.

Gabriel is associated with a white light ray. This represents holiness, purity, and harmony.

Archangel Raphael is the Angel of healing. Raphael heals people who are struggling mentally, physically, spiritually, and emotionally. He is a compassionate Angel who is associated with laughter and joy. Due to his work healing animals, people correlate Raphael with connecting people to animal care and environmental efforts. People call upon him to heal their injuries and illnesses. He also helps people with addictions overcome their struggles.

Archangel Raphael is the final Archangel to be granted sainthood. He is the patron saint of healing. He serves those in the medical profession like doctors, nurses, patients, and counselors. He also protects young lovers and travelers.

Raphael is associated with the East and Air. Just as fresh air renews people, so too does Raphael. He refreshes people by bringing spiritual clarity. He also breaks people free of unhealthy habits and burdens. He encourages people to live healthier lifestyles so they may get closer to God. Raphael also eliminates stress and negative thoughts and energy.

As the Angel of healing, Raphael is often depicted with a staff called a caduceus, which also represents the medical field. His other symbols include a fish, a bowl, or a bottle.

Raphael is associated with a green light ray. This represents healing and prosperity.

Archangel Uriel is the Angel of wisdom. He helps people learn about God, themselves, and others. He brings the light of God’s truth in times of darkness. People turn to Uriel when they need help thinking of new ideas, learning new information, resolving conflicts, and recognizing dangerous situations. He also helps people see God’s will before making major life decisions.

Although he isn’t widely recognized as a saint, many people do consider Uriel the patron saint of the arts and sciences. He does respond to people’s prayers, especially those seeking wisdom.

Uriel represents the North and Earth. Uriel helps ground people. He provides them find their footing in God’s wisdom. He helps people to stabilize their lives and find peace with themselves and their relationship with God and others. He is the most earthly of the Archangels and is responsible for bringing God’s plans to the mortal world. Uriel also reminds people to look for practical solutions to their problems.

As the Angel of wisdom, Uriel is often depicted carrying either a scroll or book. He can also be seen with an open hand holding a flame, which represents God’s truth.

Uriel is associated with a red light ray, which represents wise service. 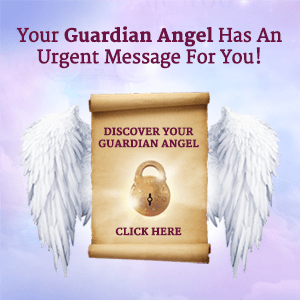